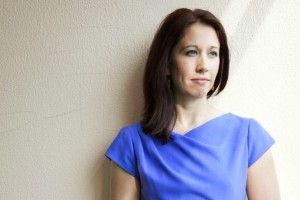 Laura Keynes is an English freelance writer. Although baptised a Catholic, she moved away from the faith in her teenage years and her twenties.

She imbibed the ambient secular liberal culture, assuming it was more enlightened than the Church of her childhood. As a young unmarried woman she fell pregnant and was thinking of keeping the baby until someone said, “You’re not seriously thinking of keeping it?”

Fearful that she would get no support, she decided to have an abortion.

Afterwards, she suffered severe depression and engaged in self-harm. She describes herself as having “gone off the rails” and “totally lost her way” going to a “dark place” seemingly with no way back.

One day she was sitting in a coffee shop and suddenly burst into tears. She had been looking out the window and seen a number of primary school children. They were about the age her child would have been.

Despite the upset, this was her turning point. She realised the significance of what she had done. She knew she had to confront her guilt if she was ever to heal.

Lennart Nilsson, The Man Behind the Camera, Passes Away

LifeChoice Interns Bring a Fresh Face to the Pro-Life Movement