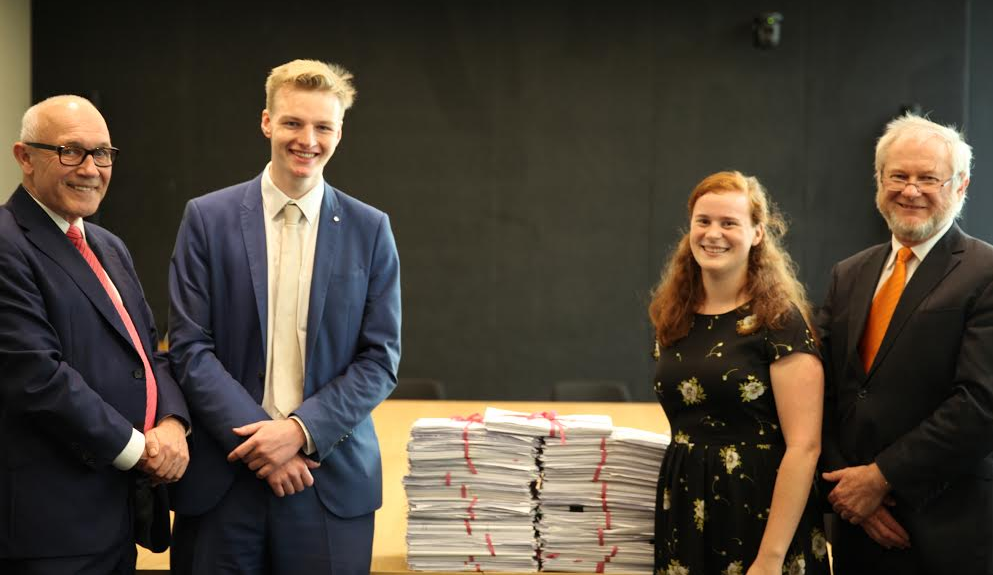 56,559 people signed the petition against the bill, making it one of the largest ever tabled in the NSW Parliament

Yesterday, Parliament debated one of the most extreme abortion bills I’ve ever seen.

Mehreen Faruqi’s abortion bill would have legalised abortion in on demand, for any reason, up to birth – meaning it would have been completely legal to perform an abortion on a fully viable nine-month-old unborn child an hour before delivery.

This proposal was, as one commentator observed, “so mind-bogglingly extreme and dangerous that it’s hard to fully believe [Faruqi is] actually being serious.”

Thankfully, members of the Legislative Council recognised the enormous risk the bill posed to women’s health, and voted decisively to reject the bill by 25 votes to 14.

Make no mistake, this is an historic victory for women and unborn children.

One of the many shocking elements of the Faruqi abortion bill was the way it would have removed any legal requirement for abortions to be performed by a qualified medical practitioner, thus potentially leaving vulnerable pregnant women at the mercy of unscrupulous or incompentent backyard abortionists.

Pro-abortion campaigners have argued for years that legal abortion is necessary in order to prevent women dying from dangerous backyard abortions. Of course, this has never really been true. Ireland for example, where abortion was entirely illegal until 2013, had one of the lowest maternal mortality rates in the world.

But even so, why on earth would anyone who cares about women introduce a bill that removes legal safeguards for mothers as well as their unborn children?

Tragically, this hypocrisy from the abortion industry is nothing new. Readers may remember the case of Kermit Gosnell, the Philadelphia abortionist who was sentenced to life in prison in 2013.

Through his abortion ‘business’, Gosnell preyed on vulnerable women for decades. In total, 46 lawsuits were filed against him over 32 years before he was finally stopped in 2011. Investigators described his clinic as a “house of horrors”, with corpses of dead babies and body parts to be found everywhere, including in fridges and cabinets.

And yet the abortion lobby has consistently objected to every single piece of regulation that offers women protection against men like Dr Kermit Gosnell.

It is simply staggering to see the sheer hypocrisy and naked ideology of pro-abortion campaigners, who create scare stories about illegal backyard abortions – and at the same time they try to pass bills that would make those same backyard abortions fully legal.

What a contrast with the pro-life movement, which creates laws designed to protect both women and unborn children. Because women don’t gain anything from unregulated abortion on demand.

At times like these, I am reminded once again that a consistent and authentic pro-life ethic is the only way to meet the needs of women, children and indeed every single member of the human race.

And yesterday’s result shows that pro-lifers can succeed when we work together on legislation.

A huge number of people – 56,559 – signed an official parliamentary petition in just two weeks, calling on politicians to reject both the Faruqi bill and another pro-abortion bill proposed by Labor MLC Penny Sharpe. It’s one of the largest petitions Parliament House has ever received.

That only happened because we got out into the NSW community and made people aware of this bill and the horrendous effects it would have, both for women and their unborn children. We have to continue engaging with the public, and remember that we are the pro-life majority.

Independent polling results released by Galaxy Research in the last few weeks show that so much of mainstream media coverage is completely removed from what people actually think of abortion. Just 5% of people wanted to see abortion legal up to birth.

Thank you to our politicians

Finally, I want to thank the courageous 25 men and women who voted to reject Faruqi’s abortion bill. Because they voted to reject abortion on demand, many of them are now being smeared and attacked online.

These folks need to know that we support and appreciate them, and that we thank them for voting pro-life. So please join me in signing our open letter to thank every politician who voted against Faruqi’s extreme abortion bill.

Isaac Spencer is Campaigns Manager for Right to Life NSW. He previously worked for the Society for the Protection of Unborn Children (SPUC) in the UK.