DEATH IS FOREVER. THERE IS NO UN-DOING IT.

We’ve all heard the saying, “if it’s too good to be true, it usually is.” That’s exactly the problem with euthanasia. Those in favour would argue that it gives someone who is terminally ill, or someone who is suffering, the chance to end their lives on their terms – to not have to endure any more suffering.

When you get past that initial, emotional argument for euthanasia, the practice of helping someone end their life opens the door to some dangerous possibilities. At issue, the sanctity of life, the care of our terminally ill, and the troubling future of how it will lead to more assisted suicides of people who aren’t suffering pain from a terminal illness.

We believe accepting euthanasia could lead to less quality care for the terminally ill by undermining the motivation to provide good care or pain relief for the dying. It might become a more “cost effective” way to treat the dying. It also puts doctors and nurses in a difficult position. These are people who are committed to saving lives.

A terminally ill person is someone who is vulnerable. As a society, we must protect the vulnerable – not kill them. If for no other reason, if we’re wrong, when it comes to that person’s life and death, there’s no going back.

DISTINGUISHING THE DIFFERENT TYPES OF EUTHANASIA 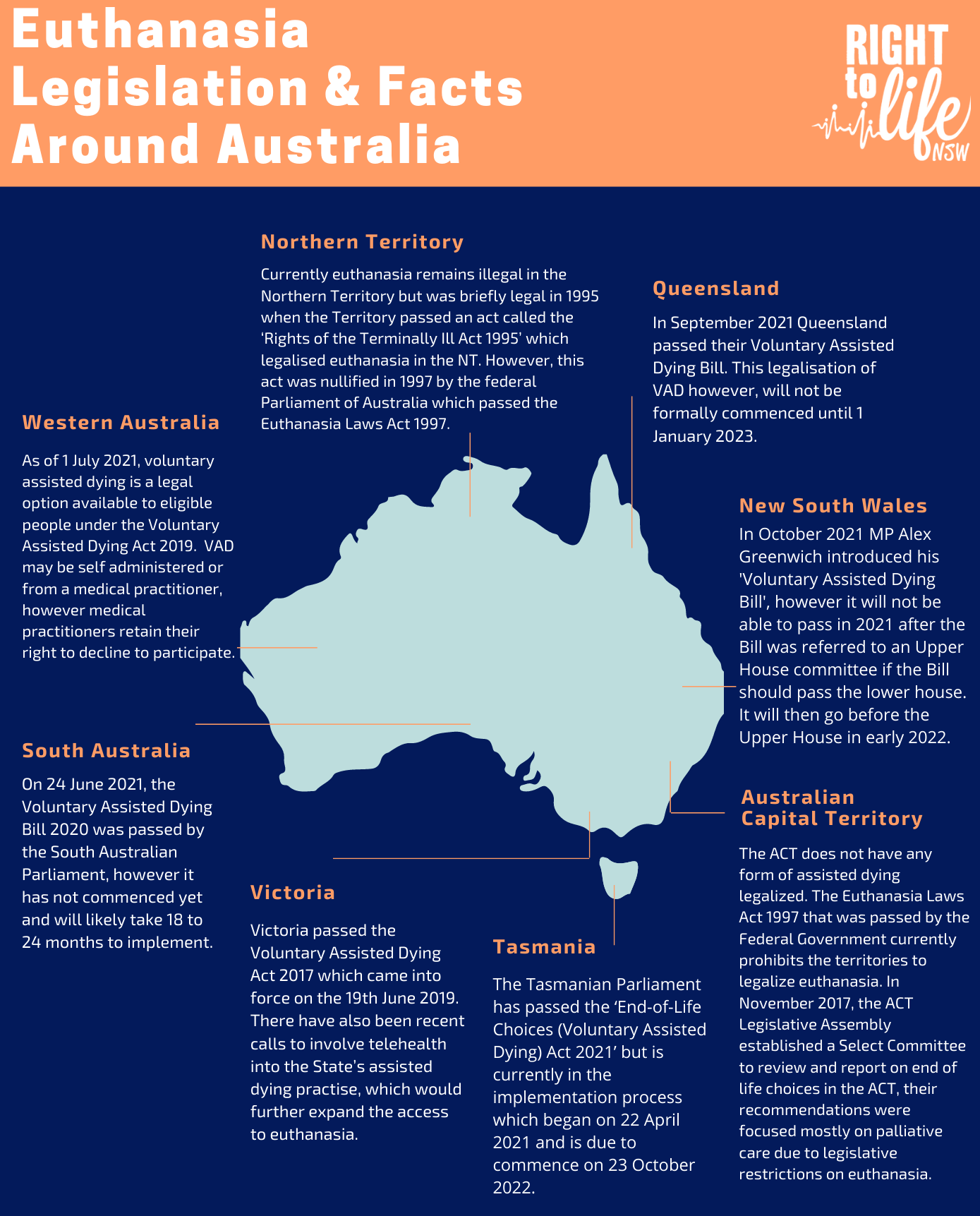 However, there have been recent pushes to introduce legislation in New South Wales. In October 2021, a bill was introduced in the NSW Legislative Assembly by MP Alex Greenwich that would allow voluntary assisted dying.

Countries like the Netherlands, Belgium, Luxembourg, Switzerland, Estonia, Albania, the U.S. states of Montana, Oregon, Vermont and Washington, and the Canadian Province of Quebec have laws in place making assisted suicide legal. Great Britain is considering one.

THE EFFECTS OF EUTHANASIA